Home » The housing market, where does it go?

The housing market, where does it go?

There’s one big question on every prospective buyer and seller’s mind right now. Where’s the market headed for the rest of the year?

There’s no denying this has been a tumultuous year for our country. But unlike the last time we saw an economic downturn, real estate is set up to help us out of it, not into it.

However, the current imbalance between buyer demand and low inventory puts the market in a peculiar place. Without more homes coming to market, real estate can’t play its role.

The biggest piece that’s holding sellers back is the unknown. Without an idea of what’s ahead, people will continue to sit on their hands until they feel safe.

This is where you need to step up because your communities need reassurance now. Here are the 3 topics that will help them understand where the market is headed this year.

What role will housing play?
The National Bureau of Economic Research officially announced that we’re in a recession, but that doesn’t mean what most people think.

According to the NBER, a recession is a significant decline in economic activity spread across the economy, normally visible in production, employment, and other indicators.

The pandemic’s effects on businesses across the country have understandably led to slowed economic activity, but we’re already seeing signs projections of a recovery in the second half.

Moreover, a recent Wall Street Journal report found that more than 9 out of 10 economists surveyed believe the recovery has already begun this quarter or will begin in the third quarter of this year.

But the fear that’s holding many potential buyers and sellers back from moving forward with their initial plans is very real: they also think a housing crash will follow.

Mark Fleming, chief economist at First American, explained, “Many still bear scars from the Great Recession and may expect the housing market to follow a similar trajectory in response to the coronavirus outbreak. But, there are distinct differences that indicate the housing market may follow a much different path.”

More experts have echoed Fleming’s thoughts on housing, stating that the real estate market will most likely play the opposite role of what it did for the Great Recession. This time, it will help stimulate the economy and bring us out of a decline faster. 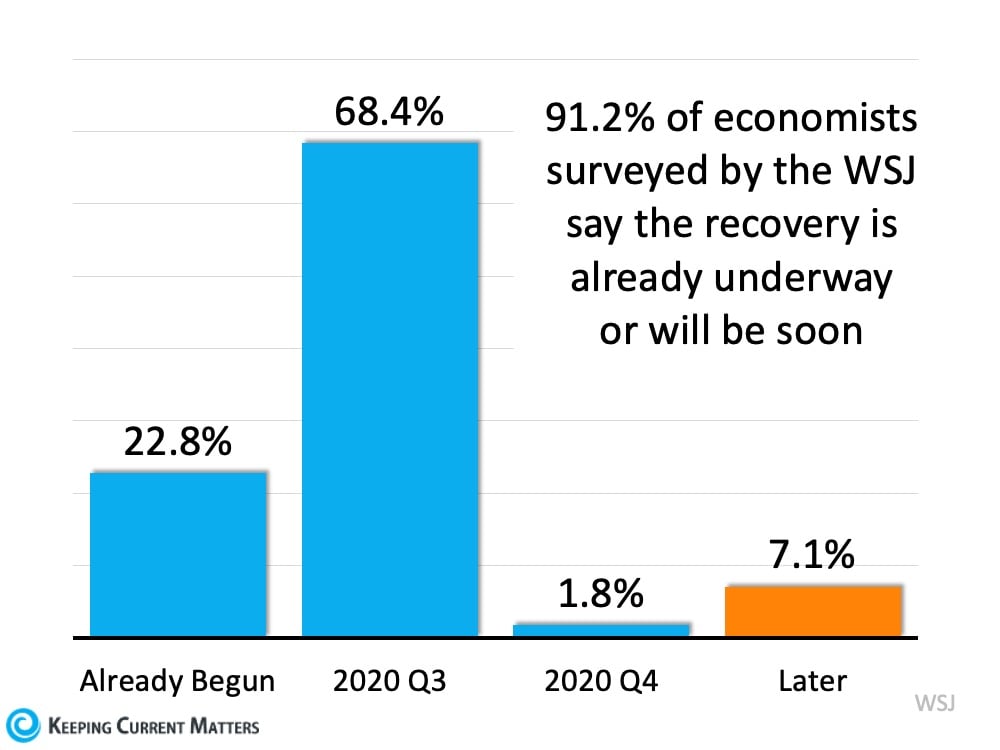 While buying or selling a home provides both personal satisfaction and financial benefits, it’s equally important to let your clients know that it’s an economic stimulator too.

The market conditions that led to the housing collapse– overbuilt stock and risky mortgages- are the exact opposite of what we’re seeing today. Low-inventory and stricter lending practices have set real estate up to remain strong, despite our country’s economic fragility.

This year is seeing more buyer interest than the last.  While this year’s turbulence may have temporarily deterred some buyers from making a move, we’re seeing a steady increase coming back to market as businesses begin to reopen in some states.

According to Freddie Mac, “Purchase demand activity is up over twenty percent from a year ago, the highest since January 2009. Mortgage rates have hit another record low due to declining inflationary pressures, putting many homebuyers in the buying mood.”

This “buying mood” combined with low inventory is driving an increasingly competitive market. This puts sellers in a great position to sell fast and for a fair price. It also means buyers should be pre-approved and ready to act as soon as they find the home of their dreams.

How to build seller confidence

While prospective buyers are returning to the market in masses, there’s still one piece of the equation that remains skeptical: sellers.

If inventory was low before the health crisis, it’s hit rock bottom. Understandably, many of those who were thinking of selling this year have put their plans on hold, with fear of the market’s future and the safety of their family top of mind.

But equity is growing. Home values are appreciating. And economists are forecasting that real estate will not only remain strong but help the economy out of this recession. 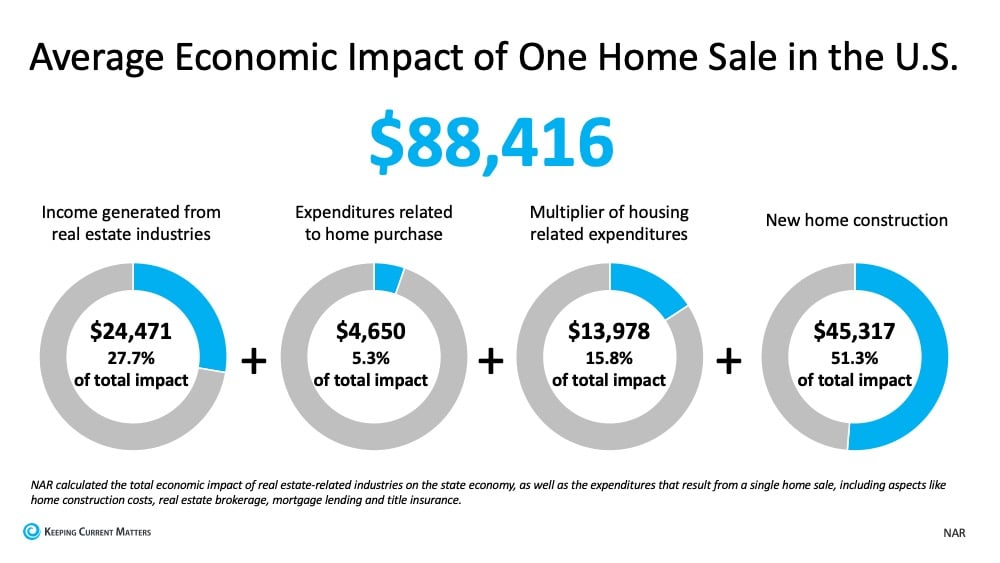 This is the information you should be pushing out to your communities, especially while recession talk continues to feed the fear that we’re headed for another housing crisis.

“Sellers have yet to come back in full force, limiting the availability of homes for sale,” said Javier Vivas, Director of Economic Research for realtor.com. “Total active listings are declining from a year ago at a faster rate than observed in previous weeks, and this trend could worsen as buyers regain confidence and come back to the market before sellers.”

If you have prospective sellers that have put their plans on hold, regaining their confidence is key. First off, make sure you’re open and honest about the safety precautions you’re taking for all showings. If you have a plan, share it. This infographic is a great place to start.

Next, make sure they know demand for housing will only grow as states continue phased reopening. This puts sellers in a strong position to get their house sold quickly and easily, with more equity in their pocket to put into a new home.

Waiting could mean more homes coming to the market, which also means more competition among other sellers in the neighborhood. The sooner sellers take action, the better position they’ll be in to make sure their home stands out to buyers.

The real estate forecast for the rest of the year varies in projections, but supply and demand will alwaysdetermine prices. If supply remains low and demand continues to be fueled by low-interest rates, prices will continue to rise as most experts project.

But some people are still reluctant to open up their minds and their homes to the thought of selling. Without this piece of the equation, the market can’t play its part in our economic recovery.

This is the time to over-share, over-communicate, and have those “hard talks” with your clients. Many people still believe a recession will cause a housing crisis.

It’s up to you to clear the air and build confidence in your market again.

One of the best ways to deliver this information is through your listing presentation. There is a lot of speculation about the housing market floating around.

Tackling this information when pitching prospective sellers is the best way to build confidence and set yourself apart from other agents.

That’s why we created this complimentary listing presentation template to give agents the advantage.

Download it for free and start helping clients understand the market today.